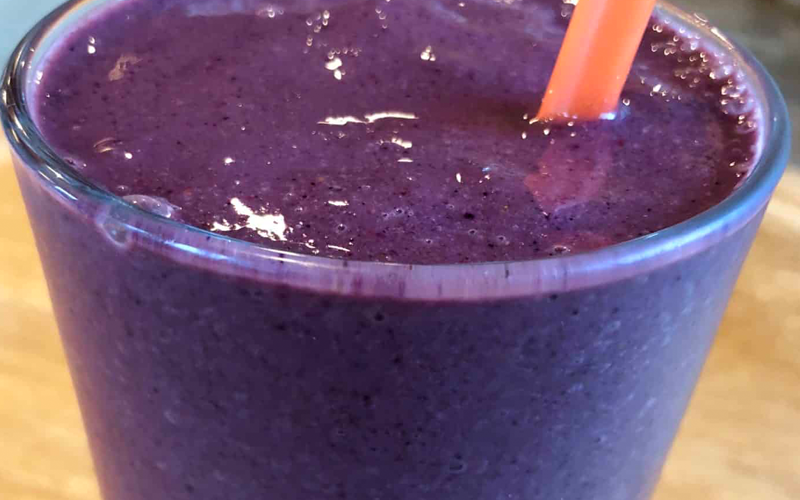 For a long time I made what I called the “every day smoothie” and even posted the recipe for it when so many people asked for it. Then one day I watched a video in a Facebook group (Plant Based Dallas) in which Dr. Douglas Won spoke about his “anti-cancer super smoothie”. In it, he placed everything from arugula to broccoli sprouts, apples and blueberries, spices and more. He makes 64 ounces of it and sips on it throughout the day.

If you read the books, How Not to Die, by Michael Greger, M.D., Forks Over Knives, edited by Gene Stone, The Alzheimer’s Solution , by Dean and Ayesha Sherzai, M.D., lists upon lists of daily recommended foods appear, many of the same foods mentioned by Dr. Won. I’ve attempted to incorporate as many of these foods into my daily diet as possible, however I had to do it in a way that worked for me.

Chef AJ, a prominent plant-based SOS (Salt, oil, sugar) free chef, in her many videos and books, recommends eating a pound of greens per day, while Dr. Won recommends putting the greens in the smoothie. Let me tell you, I tried, really, really tried, to put the huge amount of parsley, kale, arugula, spinach, and chard into my blueberry, chia seed and soy milk smoothie along with several bitter tasting substances such as turmeric and matcha and I nearly gagged. I just could not drink that giant 64 ounce, super anti-cancer smoothie, divided up over the day, as suggested by Dr. Won. First of all, it wouldn’t go down and second of all, chia seed turns into a gel after a few minutes and the smoothie becomes really thick. Drinking bitter green gel is not for me. After watching Chef AJ cook giant quantities of greens in her instant pot, reducing them down to a small bowl full, I had a brilliant idea. I would cook my greens and eat them rather than stuff them in my morning smoothie, but I would put all the other “anti-cancer” ingredients in the fruit smoothie.

This actually worked quite well. I discovered I could really enjoy the smoothie without the greens, although it’s still important to drink it right away or it will be really thick. If I do get distracted and it gets that unpleasant gel-like texture, I add some water to it and it’s fine. I’m providing you with my version of the Super Smoothie, which makes about 28 ounces and fits nicely in my 28 ounce Bell mason jar. I also eat 3/4-1 pound of greens every morning cooked in the instant pot, recipe to follow in a future post.

I’ve been craving jambalaya lately, however the version I used to make